A fifteen year old boy sees it as his duty to rid Edinburgh of the scum that prey on the innocent people of the city. He finds that to punish the guilty he must first face fear,loss and betrayal.

He will soon discover things aren’t always as they seem, and there are other people who have uses for a young killer as well as bigger forces at play.

Kid to Killer follows a 15 year old boy, Paul, from a relatively affluent background. He transfers to a school in a more rough part of Edinburgh. He quickly falls in with a group of boys on the fringes at school, those considered strange. He becomes fast friends with them, and learns about how life works in the darker parts of Edinburgh. 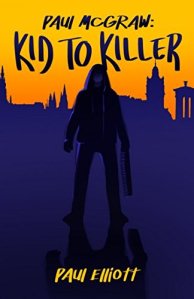 The streets are riddled with vagrancy and drug abusers, known as zombies. Crime lurks in the darkest corners, waiting to strike. Most residents in the Wester Hailes accept that life is what it is, and not much can be done about it. But Paul feels obligated to help clean up the city. Following run-ins with a known addict, Paul and his friends find themselves targeted once again by a group of “zombies”. An act of self-defence sees the demise of the two addicts and a life changing injury for one friend changes the lives of them all.

This one event sets Paul of on a track of vigilantism, a personal mission to clean up the city with the help of a group of people financing and guiding him to his next kill. The story flows from kill to kill, each target just as despicable as the last. The rest of the book charts one kill to the next, and Paul’s evolving relationship with his co-conspirators.

While the victims for the most part are worthy, the ethics of those giving Paul his targets become muddied over time. My other problem with the book is one of remorse. It almost struck me as though the story is glamourising murder as a means to deal with societal problems. The story is well-written enough, but the sense that there was little remorse from the characters combined with what felt a bit of an abrupt ending did slightly temper my enjoyment of the book. 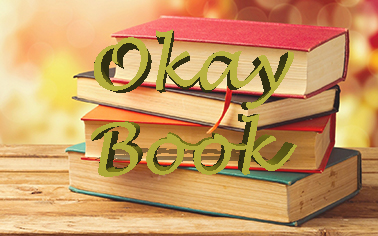 Some of you may know I have written a book. Chasing Shadows has been out for a little over a week now, and it still seems crazy! Thanks to all who have bought it, I hope you enjoy it! If you've read it, a little review on Amazon & GoodReads would be a huge help! 🙂
Today's review is for Bryan Camp's The City of Lost Fortunes #BooksandBeyondReviews #Bookstagram #BooksofInstagram #thecityoflostfortunes #bryancamp #book #review #bookreview #bookblog #blog #bookblogger #blogger
My latest review is for the magical Phyllo Cane and the Circus of Wonder by Sharn Hutton #BooksandBeyondReviews #Bookstagram #BooksofInstagram #phyllocaneandthecircusofwonder #sharnhutton #book #review #bookreview #bookblog #blog #bookblogger #blogger
I love receiving #bookmail - even more so when I get to see a quote from my review of it featured on the front cover! @kevin.e.buckley #bookblogger #Bookstagram #BooksofInstagram #bookcover