Kitty Hawk and the Hunt for Hemingway’s Ghost is the exciting second installment in a new series of adventure mystery stories that are one part travel, one part history and five parts adventure. This second book in the series continues the adventures of Kitty Hawk, an intrepid teenage pilot who has decided to follow in the footsteps of her hero Amelia Earhart and make an epic flight around the entire world. After flying across North America Kitty’s journey takes her down south to Florida where she plans to get a bit of rest and relaxation before continuing on with the rest of her long and grueling flight. As Kitty explores the strange and magical water world of the Florida Keys her knack for getting herself into precarious situations sweeps her headlong into the adventure of a lifetime involving mysterious lights, ancient shipwrecks, razor-toothed barracudas and even a sighting of the great Ernest Hemingway himself. This exhilarating story will have armchair explorers and amateur detectives alike anxiously following every twist and turn as they are swept across the landscape and history of the Florida Keys all the way from Key West to the strange and remarkable world of Fort Jefferson and the Dry Tortugas.

I received a free copy of this book courtesy of the publisher.

Kitty Hawk returns in another globetrotting adventure in her trusty de Haviland Beaver seaplane. Ahead of an attempt to emulate her hero Amelia Earhart in trekking solo around the world. Following a series of upgrades to her seaplane and a shakedown flight across Canada and the Northern United States, Kitty heads down to the Florida Keys for a relaxing break before the longer flights yet to come. Rest and relaxation are the order of the day in Key West – lazy days by the pool, pampering treatments in the hotel spa and a tour of the past residence of legendary author Ernest Hemingway. 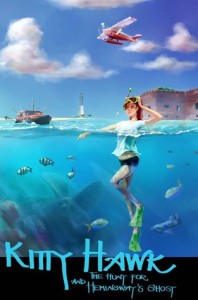 A short hop from Key West down to the furthest tip of the Florida Keys lies the Dry Tortugas National Park, home of the ruins of Fort Jefferson. The chance to camp out and study the history of the facility was enticing to Kitty, making the most of her break. But wherever Kitty seems to go, adventure and conspiracy are never far behind. Mysterious lights out in the water catch the young adventurer’s eye leading to a discovery of centuries lost sunken treasures and illegal attempts to recover it.

After reigning in her overactive imagination, Kitty, with a little help from some new friends, begins to dig in to the mystery and uncover the unusual goings on. The history of the area is played out before her as she learns of the Spanish occupation of the New World and the trade in valuable metals and jewels, and the perilous seas in the area. Putting herself into some questionable situations Kitty manages to uncover a far less supernatural truth than that which she first suspected, nonetheless bringing the case to a conclusion.

Once again author Iain Reading has crafted a fun, informative and exciting read. The bubbly and adventurous Kitty Hawk makes for a wonderful heroine filled with energy, passion and a curiosity that is never stunted even when faced with adversity. The second book in this series picks up right where the first left off and doesn’t disappoint. The history sprinkled liberally throughout makes for interesting reading, while the story itself is captivating. Once again, Reading has created a book enjoyable for young and old to read. 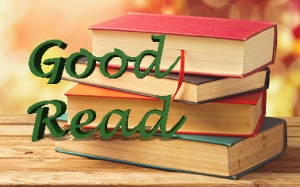